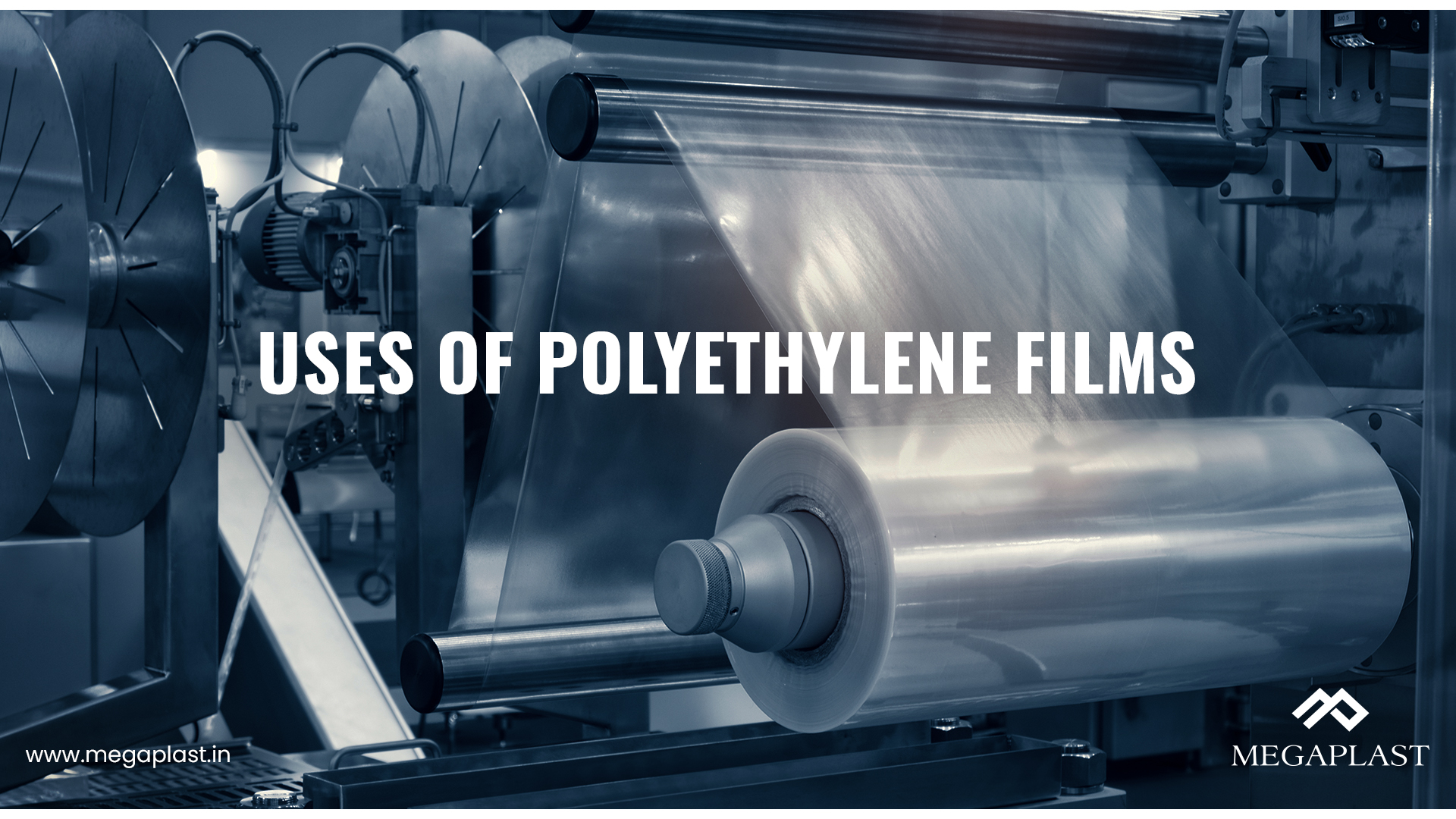 Polyethylene (PE) films come to the rescue when shielding objects from specks of dust, spoilage, scratches, surfactants, humidity or any other undesirable adulteration. Along with a wide range of thickness and functionality, there are various monikers associated with PE films, namely Visqueen, poly-sheeting, polyethylene sheet and plastic film. The application of these films varies drastically; for instance in construction projects they act as vapour retarders, window films, flooring and countertop projections etc, while also being the primary material in the retail industry for packaging and manufacturing of products. Derived from petroleum and composed of hydrocarbons, let's take a look at the multiple types of Polyethylene films Megaplast offers, based on their specificity of need:

Commonly designed to tightly bind around a product and keep it intact, the Megaplast stretch films with widths up to 5 metres protect packages from scratches, stains, and unwarranted contamination, especially when transiting from various locations. These films are made from linear low-density polyethylene (LLDPE) thus giving them their highly stretchable property. With 5 layers of high-quality polyethylene for more strength, these stretch films can stretch up to three times more than their original structure. The benefits of the stretch films include holding boxes together on a pallet for transportation to discourage load tampering and reduce worker injury.

Also known as plastic wrap or food wrap, the Megaplast cling films are befitting for storing and wrapping food items. With a thickness of approximately 0.0005 inches or less, this fine film “clings” to many smooth surfaces retaining its firmness without needing an adhesive to keep it attached to the opening of a container or a food item. The cling films are usually made of low-density polyethylene (LDPE) or linear low-density polyethylene (LLDPE) that can add tensile strength for additional durability. As an essential member of one’s kitchen, the cling film gives an air-tight covering around cooked/uncooked dishes to protect their original form and nourishment by averting contamination and spoilage.

The increased demand for effective crop productivity and protection of quality calls for the usage of Megaplast Agriculture films whose plasticulture range includes Mulch Films, Pond Liners and Silage Films. Mulch Films help prevent moisture loss and pests, improve crop yield and precocity as well as maintain the soil temperature. Pond Liners immensely contribute to the conservation of water and marine habitat by restricting risks like UV rays exposure due to their puncture-resistant and impermeable membrane. As for Silage Films, with widths up to 24 metres, they are designed for the optimal preservation and fermentation of silage, hay and maize in areas with a short growth period of herding grass. Other than PE, the Silage films are also composed of Ethylene-vinyl acetate (EVA) and Ethylene Butyl Acrylate (EBA).

Goods during transit need to be protected with the utmost care, which Megaplast ensures is accomplished when secured with Industrial films. Industrial films come in various forms such as Polyester yarn packing which is a thermoplastic made from polymeric melt and can be found in multiple dyes. Similarly, Rubber packing/ rubber gaskets is also an excellent material for forming seals and closures. Industrial rubber films usually comprise Ethylene Propylene Diene Monomer (EPDM), Silicon and other materials depending on the specifics required for packing.

In conclusion, Polyethylene Films come in a gamut of forms for a diverse range of applications. We can help you get the appropriate PE films with respect to your needs.